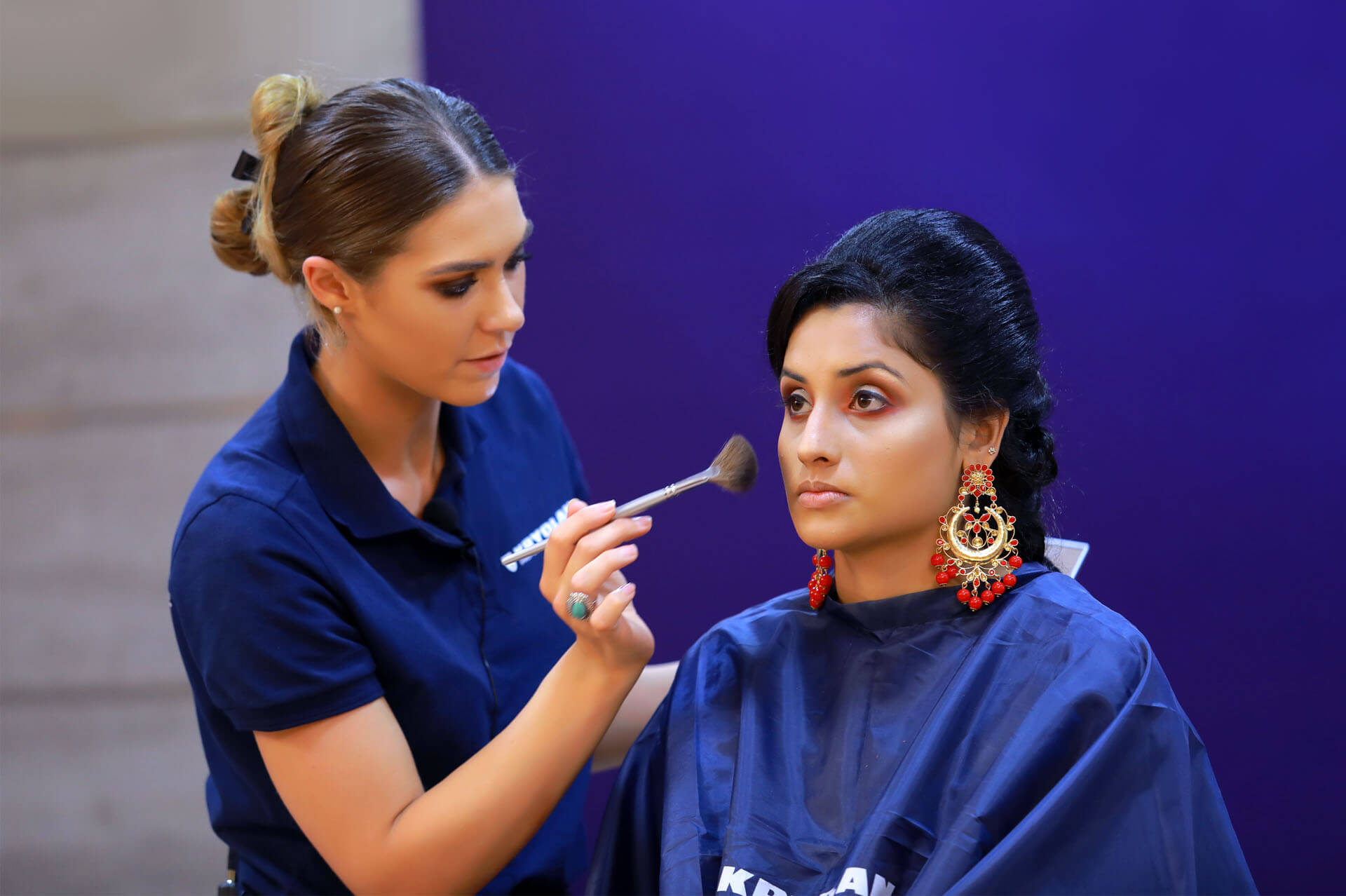 Makeup, the art of transformation is evolving at the speed of technology and has come far ahead from its initial form of powders and creams, creating a space for itself as a renowned form of art world-wide. With the clarity of high definition cameras and lighting that accentuates flaws and blemishes, the need now is for makeup to be natural. It is in this context that HD makeup and knowledge of its variants become important. Veteran makeup artist Pattanam Rasheed, known for his artistry in seamlessly transforming actors into characters, has created a space for those interested in mastering the craft with his makeup school - PattanamDesignory. The institute has over the years made a revolutionary change in reflecting international exposure on their students and has produced some fine makeup artists for the Indian film industry, especially in the South.

Kerala has its own legacy of makeup found in traditional art forms like Kathakali and Theyyam, where highly stylised makeup is used to transform a man into a divine power, a superhero or even a treacherous villain! “We have always had a rich tradition of makeup, which dates back to centuries ago. What we see today is an extension of a tradition that we’ve always owned,” Rasheed says. India’s first National Award winner in his category, Pattanam Rasheed holds the offices of the vice-president of Film Employees Federation of Kerala (FEFKA) and is also the president of the All Kerala Makeup and Hairstylist (a regional association of makeup artists working in the film industry).

Rasheed’s makeup academy, the Pattanam Designory is one of the few makeup schools in India which helps master the art and provides employment opportunities for those interested in their respective fields. Every batch at Pattanam Designory has over 100 students learning the ropes of hair styling, cosmetology and makeup for various industries. The courses majorly include - Media Makeup, that trains students in makeup for dance forms such as Mohiniyattam, Theyyam, Kathakali, Bharatanatyam and other art forms. Students get hands-on experience by visiting superior performance venues and dance centres. There is another course at a basic level which includes Bridal and Party Makeup for all those looking to start their own salons. One of the most prestigious programmes offered here is the Makeup for Theatre and Fashion, taught by top-notch professionals in the industry. Another programme that attracts the attention of people seeking a professional head-start in the film industry is the Third-level Character Makeup course that includes learning the nuances of makeup for aged characters, wig & beard application and prosthetic makeup. Faculty for this course lists the most well-known names in the Indian film and theatre industry.

Pattanam Designory, most recently joined hands with the international brand Kryolan for a two-day HD makeup workshop in Kochi where delegates were introduced to the potential and attributes of HD makeup. Simmons headed the two-day event with immense enthusiasm and imparted a great deal of knowledge to the participants. She spoke about Kryolan, the 70 year-old German brand and demonstrated the use of products which are customised to suit Indian skin tones. The workshop that began with a crash course on HD Bridal makeup saw Simmons share her insights on micronization, contouring, skin preparation, colour correction and selection, colour theories, etc. She further detailed out the intricacies of HD makeup. According to her, “HD makeup is not everyone’s cup of tea; it requires a well-trained professional who has a vivid understanding of sculpting and practice of makeup to master the HD and airbrush techniques. The science of makeup is to adhere to its formulations, knowing which product is to be used in what quantity and where. A slight flaw in the application could end up with undesirable results!” Kryolan’s international trainer Leanne took over, tutoring over 120 participants on mastering HD and Air Brush Makeup. Sarjun Mohammed, Kryolan, head of training for India, took complete responsibility of the smooth functioning of classes and made it a grand success.

Most of the participants at the workshop were either closely associated with or were a part of the beauty industry. They found the sessions to be real eye-openers and an extremely encouraging effort for the next generation of makeup artists. The workshop was followed by an event organized by Pattanam Designory that extended its gratitude towards brand Kryolan and Simmons. It also included distribution of certificates to students who passed out with flying colours. The platform also witnessed another proud achievement; Pattanam Designory was officially declared as Indywood accredited by Anson IJ, Chief Operating Officer at Indywood. Project Indywood is a USD 10 billion project aimed at uniting all Indian regional film industries under one roof and connecting the industry with global stakeholders in cinema. The alumni of Pattanam Designory, many well-known in the film industry, who have made a name for themselves, were acknowledged at the event. State Award Winners for the best makeup in telefilms-Manu, Manju and Jeena, Film Makeup Artist - Mitta Antony, Celebrity Stylist- Manju Kaloona, Cosmetologist Shafeena and faculty member of the designory- Shiva Kumar, were all awarded with tokens of appreciation. Each of these people spoke with high regard of their mentor - Pattanam Rasheed. Pattanam Designory looks forward for every opportunity that will provide its students the exposure and opportunity to experience the artistry of makeup in its entirety and Pattanam Rasheed’s dream of hand holding the next generation of makeup professionals, will continue in full stride.